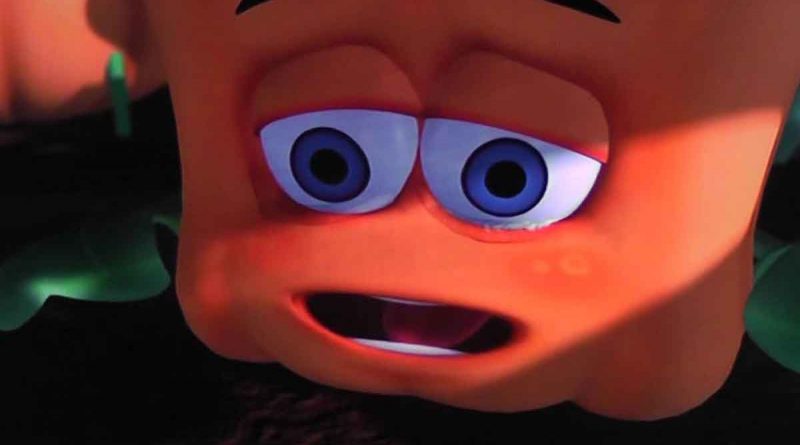 Family Halloween movies are their own breed of special. Rarely do they actually pan out into something that is truly good for the whole family. They’re either actually too scary for young viewers or completely devoid of any redeeming qualities to allow adults to enjoy them.

Some do pan out. Hocus Pocus is one example. It is arguably as entertaining to the adults as it is to the kids, especially with how many times it mentions the word “virgin.” Yes, it very much is a crappy movie. But it is somewhat good in its crappiness.

It’s the Great Pumpkin, Charlie Brown is a classic. Though even that gets boring after the 50th some-odd time watching it. Still, it does not deserve a place on this list.

Others though are truly terrifying. These are the family Halloween movies that may just make you want to scream. Not out of fear or terror. No. These Halloween movies will make you scream in total and complete frustration as your mental capacity and sanity is stripped from your very body.

These are truly terrifying and should be avoided at all costs. You’ve been warned.

No, Spooky Buddies placement at the top of the list is not a mistake. It is truly the worst of the worst.

Almost every other movie on this list has redeeming qualities about it, but this dumpster-fire train wreck somehow manages to get worse with each watch.

Spooky Buddies is the straight to DVD sequel to a spin-off series called Air Buddies that is a sequel-spin-off of Air Bud from the mid-90s. It’s the 5th installment of the Air Buddies series. Fifth.

That aside, the “movie” is truly terrible. For example, you have stereotyped dogs and owners that I guess are supposed to be funny. Unfortunately, they come across as mostly stupid, somewhat offensive tropes.

Then there is the blatant rip-off of Casper, the ghost dog named Pip. Can’t Disney come up with original ideas? Oh that’s right, no.

At no time does it try to entertain the tortured adults sitting there watching the movie with their kids.

And perhaps worst of all, the damn thing actually contains some scary scenes. Yes, this shitty piece of crap “movie” actually can scare children with its depiction of the Halloween Hound.

But maybe that’s a good thing. My daughter actually does not want to watch Spooky Buddies, which makes it one less thing to worry about.

Spookley the Square Pumpkin is a blessedly short movie or special. If you really want to torture yourself, you can find it on streaming services like Amazon or Netflix. But why would you want to?

In fairness, Spookley the Square Pumpkin is meant as an educational tool to teach about the dangers of bullying. It also teaches young kids to do the right thing, even when you may be tempted to let all your tormentors die horrible deaths drowning in a river.

Yes, he actually saves his tormentors from being swept away. He also stops the friendly scarecrow from being burned alive.

Also, this is not strictly a family Halloween movie. It is more of a fall or Halloween themed movie with elements of each.

Why it made the list has nothing to do with its message or appeal to young children. No, it made the list because, like others, it makes no attempt to save adults watching it from torment and suffering.

3. The Cat in the Hat Knows a Lot About Halloween

I don’t know what possessed Martin Short to make this travesty of a movie, but this crap is truly awful. Sure, it is meant for kids under 5 or so, but does that really mean it has to drag parents through hell to do so? If you want quality family movie time, this ain’t it.

This is a great example of a movie that makes little effort to engage older audiences. It has songs and dialogue that is perfect for young children, but terrible for adults looking to at least partially enjoy some family Halloween movies with their children.

Halloweentown 2: Kalabar’s Revenge also deserves a place on the list of family Halloween movies that really just make you want to scream. Before seeing this gem, I thought Halloweentown was insufferable. Now I realize, it was just a build up to this crap.

For some reason, Kalabar’s son (Kalabar being the main villain from the original Halloweentown), wants revenge and also wants to get with the young lady from the original. He spends years hatching a plot to turn Halloweentown grey and depressed while simultaneously changing the people in one small town into whatever they dressed as for Halloween.

I truly don’t understand the motive here. Was he trying to rule the world? Just take revenge on the person who “wronged” him?

Then there are other questions I have. Like how many “sexy” cats, nurses, and so on did he create? Did the people keep their regular personalities? Or did they become mindless killers who didn’t do anything more than stand around at their dance?

The world may never know.

Caillou’s Halloween. Let that sink in.

May God have mercy on your soul if you watch this shit.

If you want, you can get the DVD direct from PBS here.

Son of the Mask is the 2005 sequel to Jim Carey’s The Mask, which was moderately successful due largely to his performance.

In the 2005 sequel, Carey is gone. The lead in this movie is Jamie Kennedy who cannot match Carey’s presence on screen. The special effects are terrible and look like they painted the guy’s head green and slapped on an orange plastic wig. And the story is just plain atrocious.

If you are tempted to share this movie with your family because their is a Halloween party towards the beginning of the movie, do yourself a favor and don’t. It is not worth it. It is easily one of the worst movies in the history of cinema.

When Eddie Murphy can’t make a family movie enjoyable, you know there are some serious problems. The Haunted Mansion – a movie literally based off of the ride with the same name at Disney World – offers a predictable story, some decent special effects, and generally limited entertainment value.

Sure, you’re younger children may enjoy this family Halloween movie. But is it really worth sitting through 88 minutes worth of torture?

On the plus side, it is one of many gems found on Disney+. If you decide to watch it, you can’t say no one warned you.

(2.4)
One Royal Holiday will make you hate Christmas prince movies