This Hocus Pocus Quiz will test your knowledge of random things in the campy, family Halloween movie. If you watch this crap as much as me, you should have no issues with completing the quiz and earning absolutely nothing.

Though not impossible by any means, this Hocus Pocus quiz will ask the hard hitting questions that really make no difference in the outcome of the rest of your life. But I must admit, knowing the answers might say something about you. I’m just not sure what.

So here it is. A Hocus Pocus Quiz designed to stump all but the most true believers.

If you want to read a few thoughts about Hocus Pocus 2, then you should check out this post about the sequel.

This cat has nothing to do with the question. What is the name of Satan’s dog in Hocus Pocus? 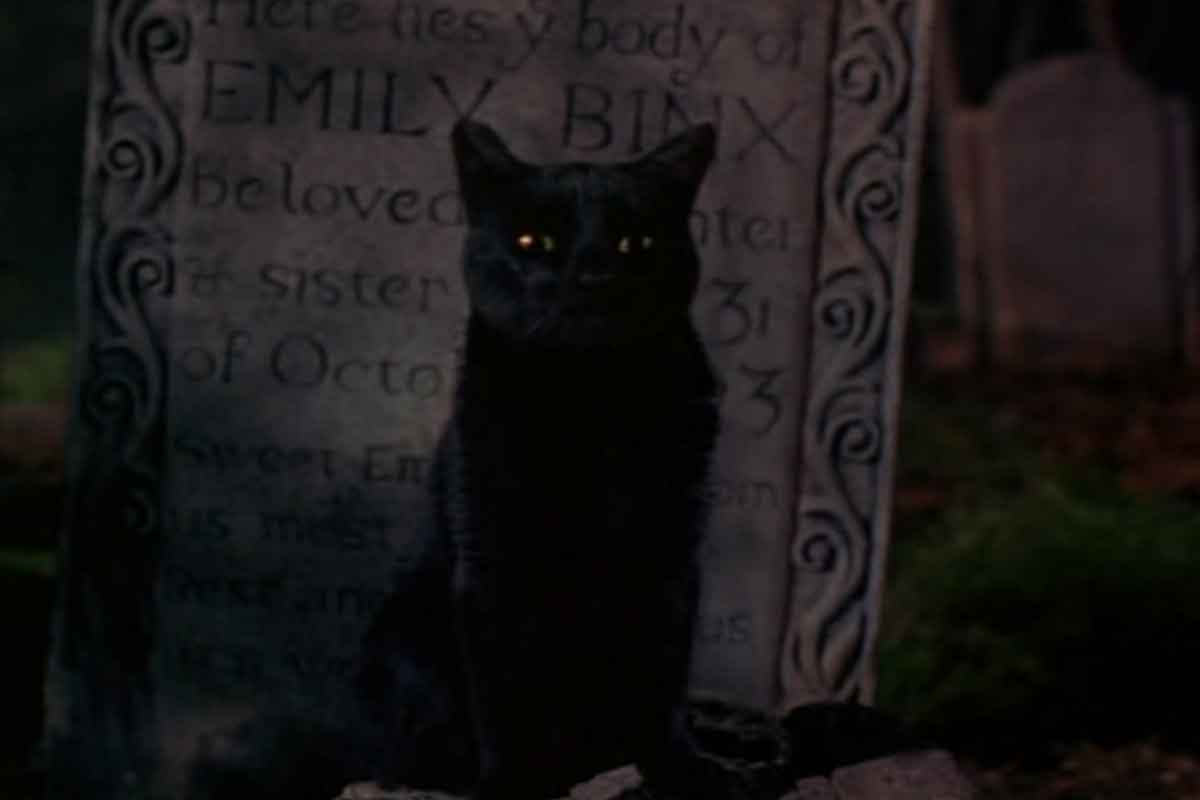 What are the names of the witches? 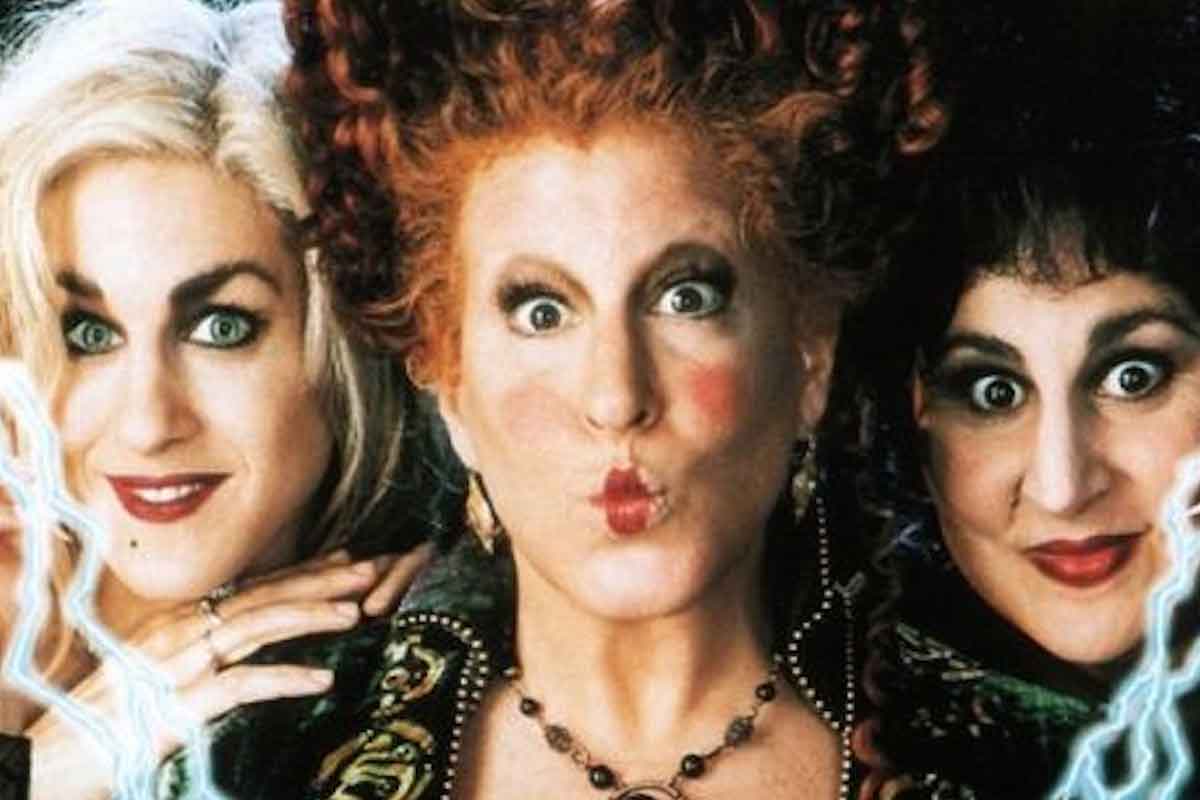 I mean, if you don't know the names of the Sanderson sisters you should just stop taking the quiz now. 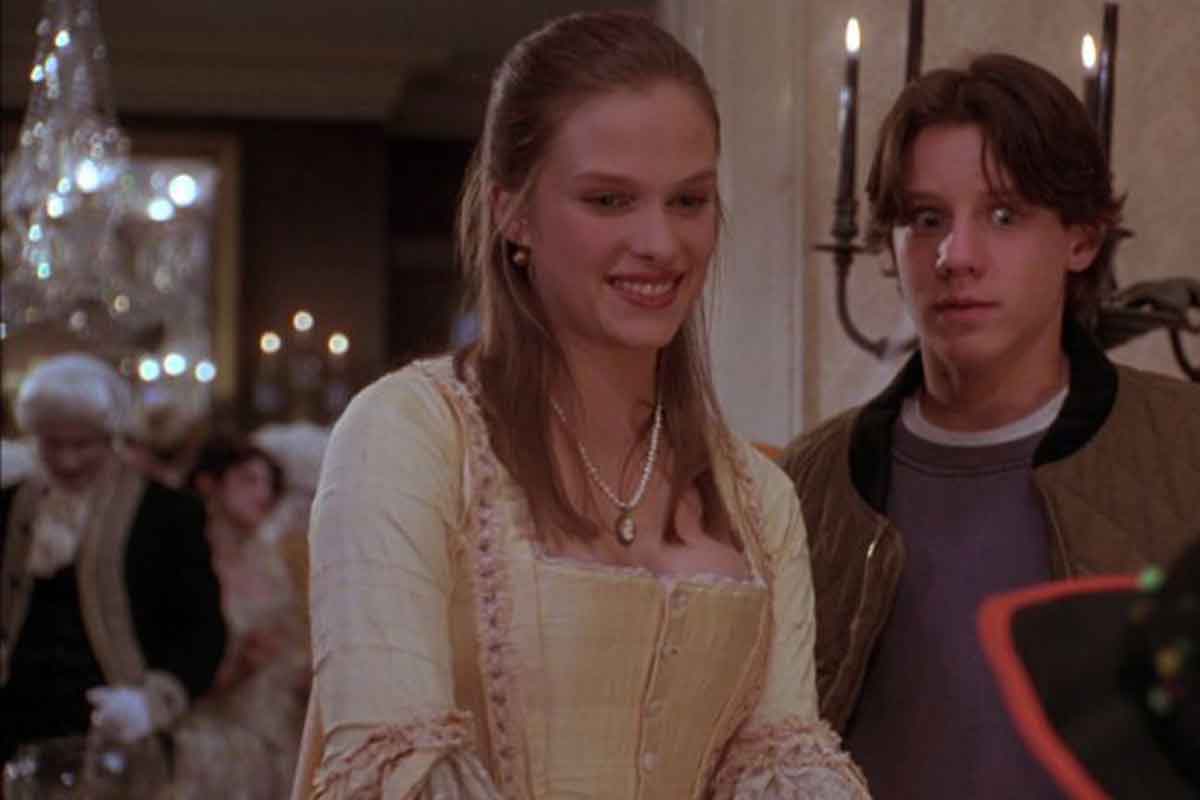 One of many awkward moments in Hocus Pocus where Dani explains to Alison that her brother really likes her boobs.

How many times does Billy Butcherson lose his head in Hocus Pocus? 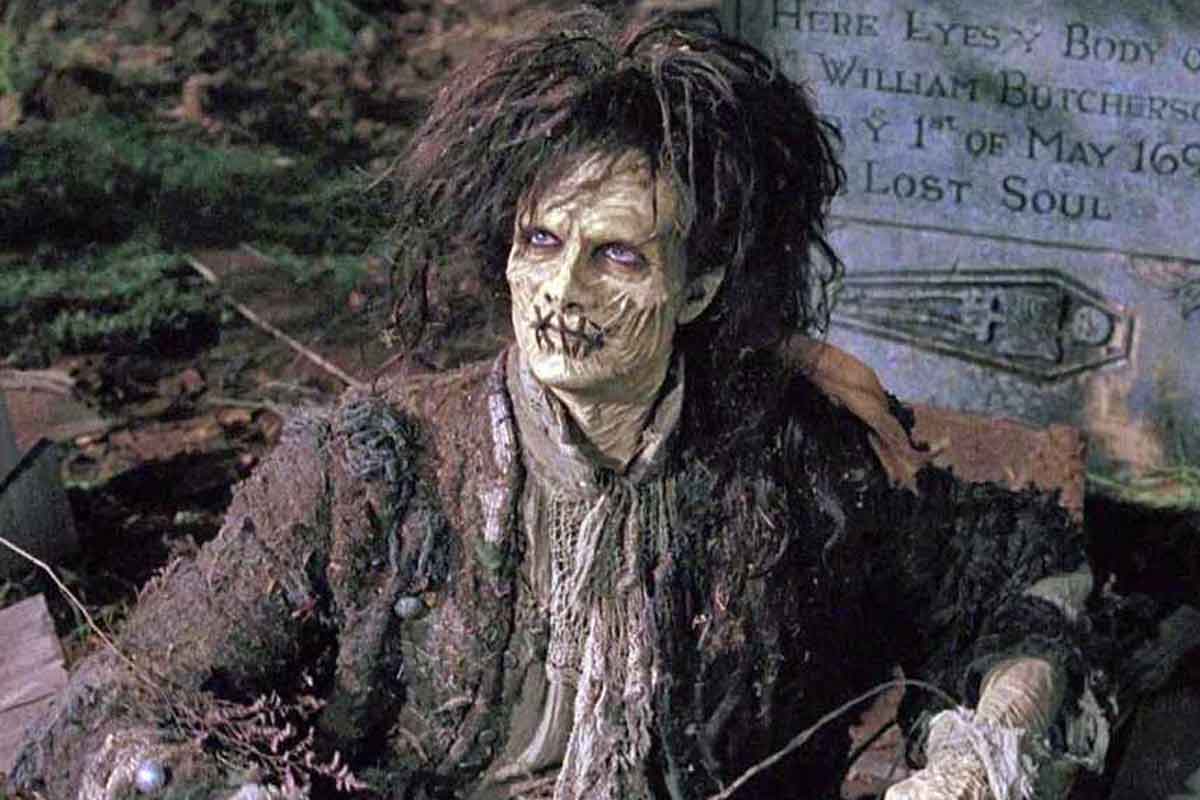 Twice. Once when Max smacks him with a tree branch and once when Winifred kicks it off.

How many years did Thackery have to wait for a “virgin to light a candle?” 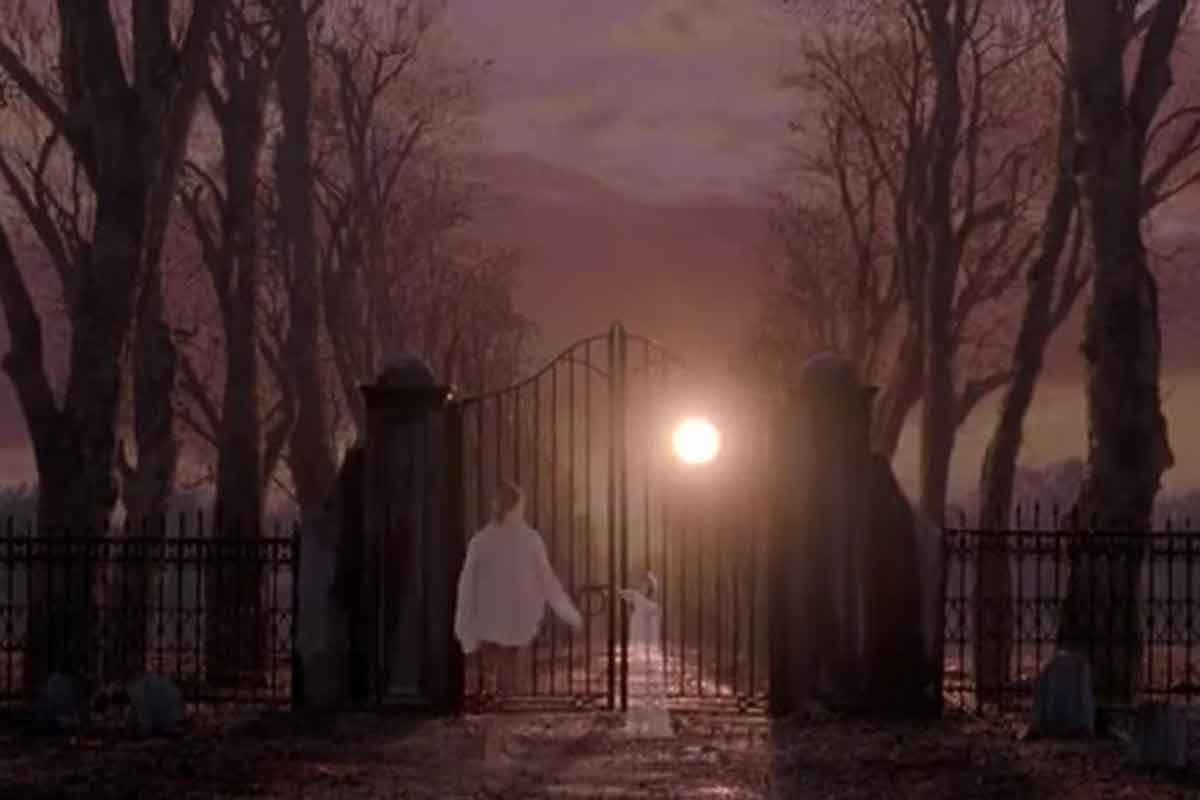 It was 300 years, apparently down to the day.

Who is the first person Thackery Binx tried to communicate with as a cat? 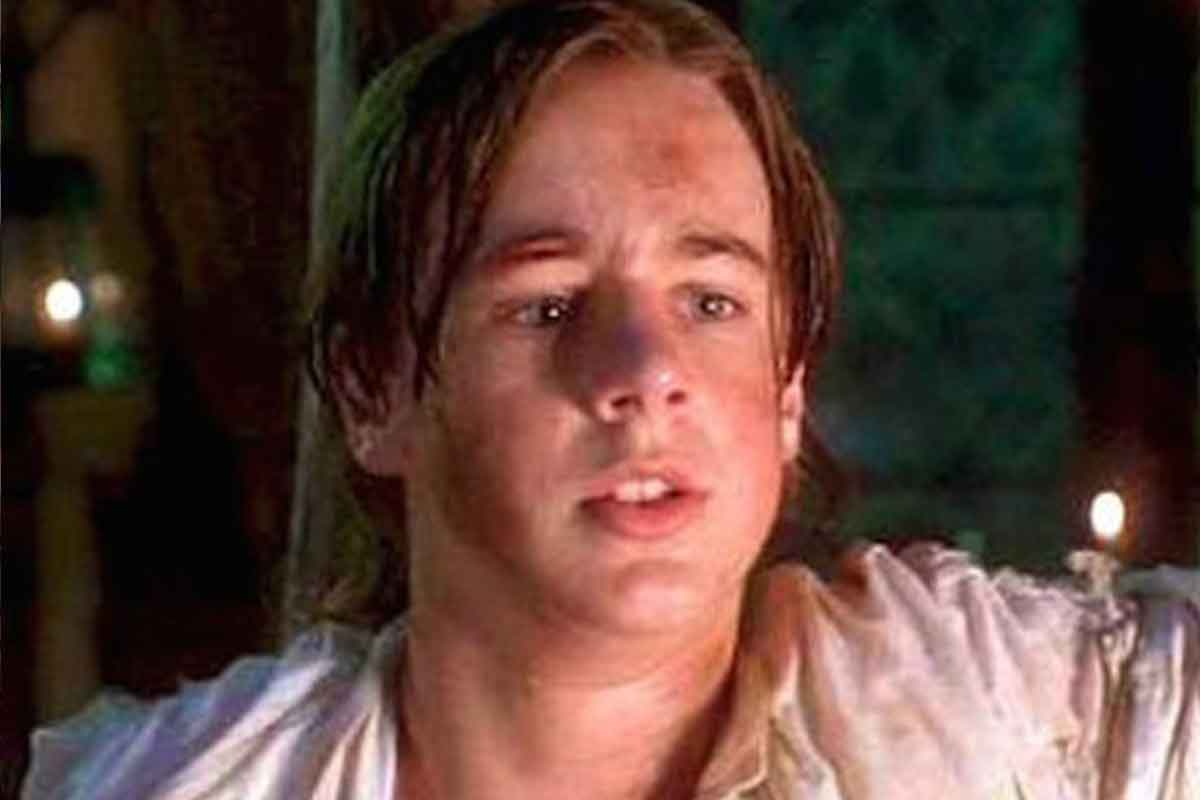 Right after the hangin', Thackery rubs up against his father's legs, to which is father responds, "Away! Away beast!"

Max tricked the witches a few times throughout the movie. What was the first trick he pulled? 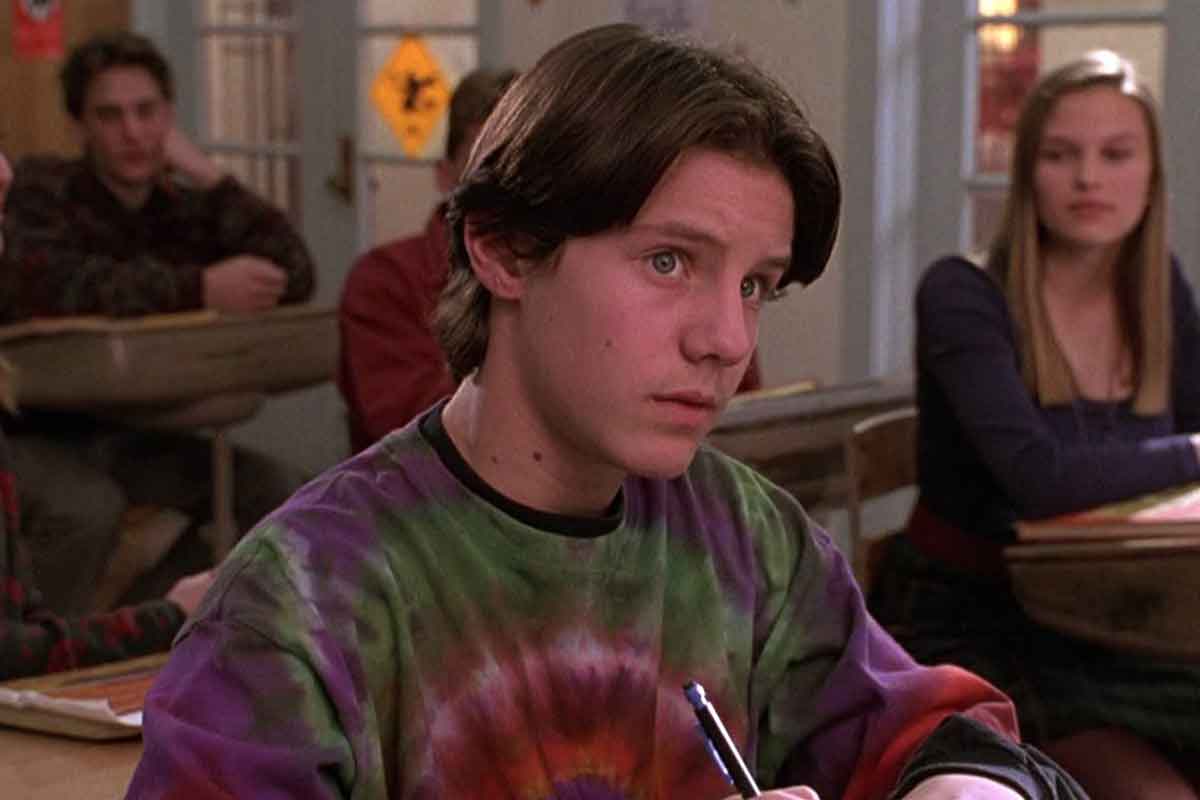 Max summoned the burning rain of death first. Then he tricked them into getting into the school's pottery kiln. So many questions there. Why did they watch them burn? What kind of sick fucks watch as three people are literally burned alive? Its one of many moments where you think, what the hell??

What is ICE’s real name? 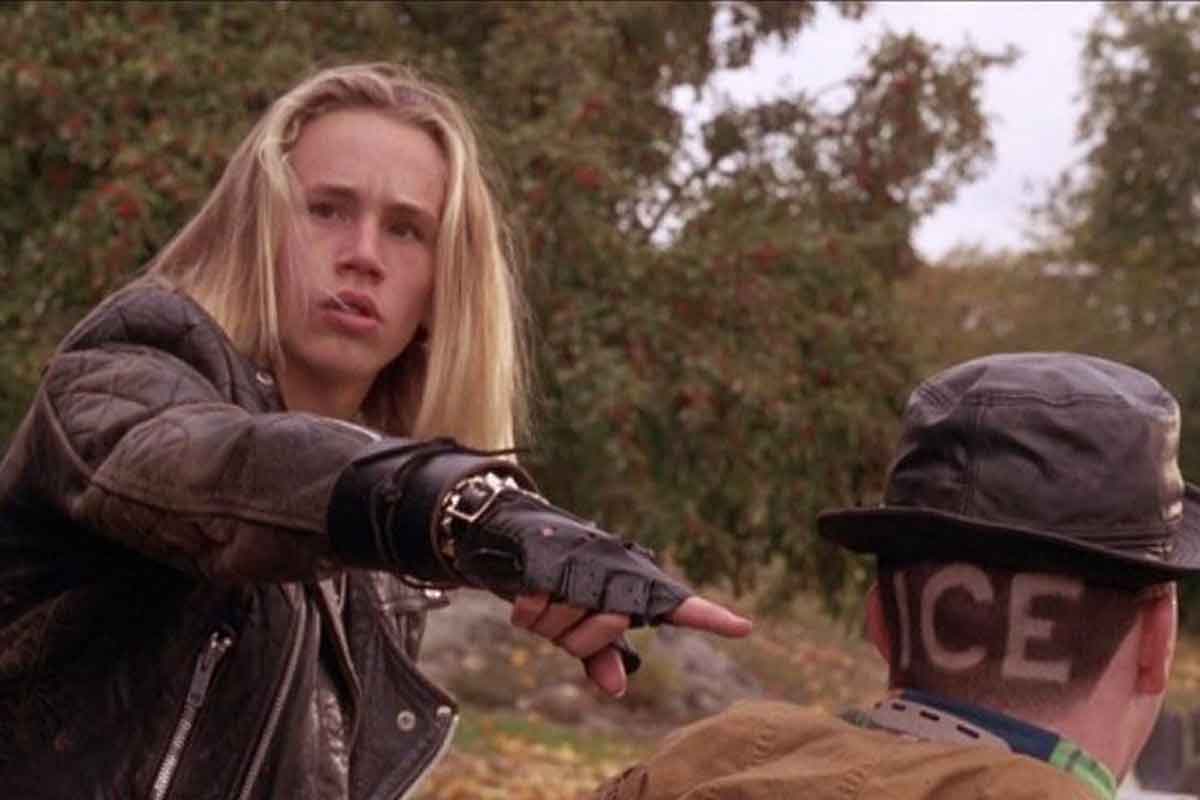 Ernie... yeah, I might change my name too if I was a bully.

Which of these does NOT go into the potion the Sanderson Sisters brew? 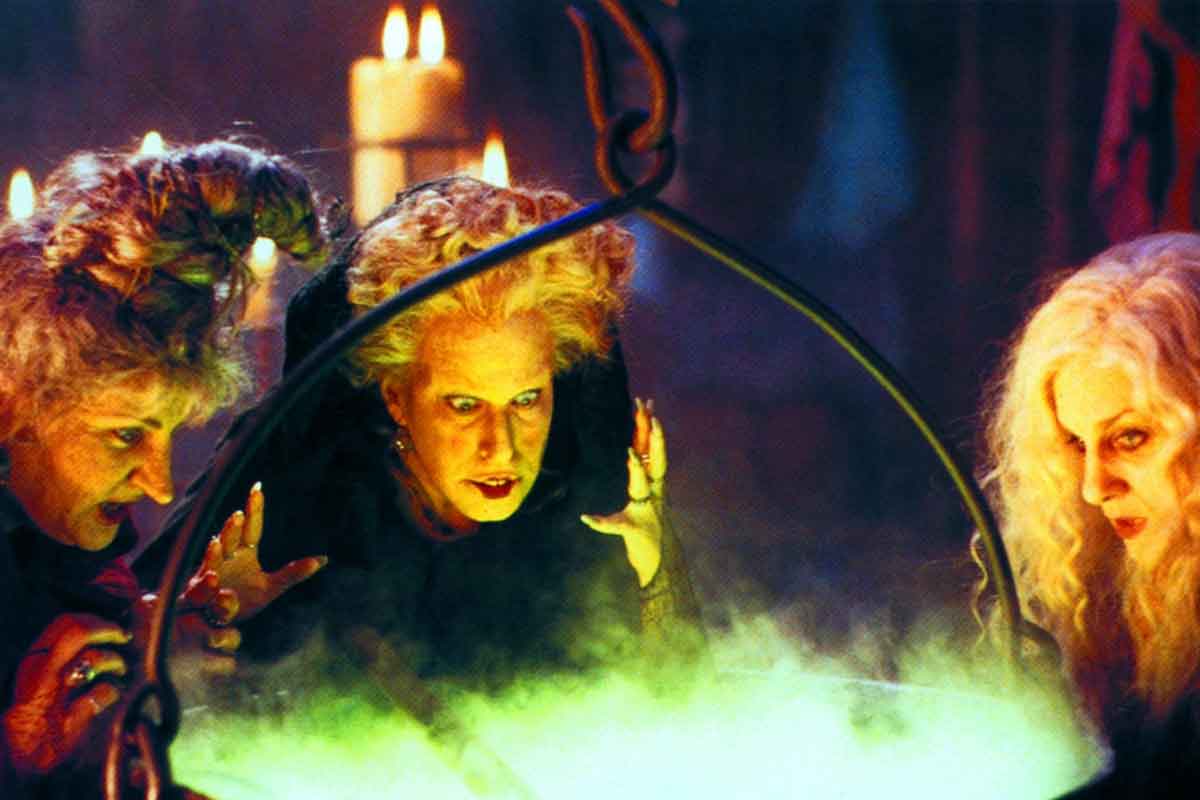 It's dead man's toe, not nose. Fun fact: Sarah actually remembered the ingredient correctly but Mary silences her to allow Winnie to concentrate.

What candy bar does “Satan” give the sisters when they visit his house? 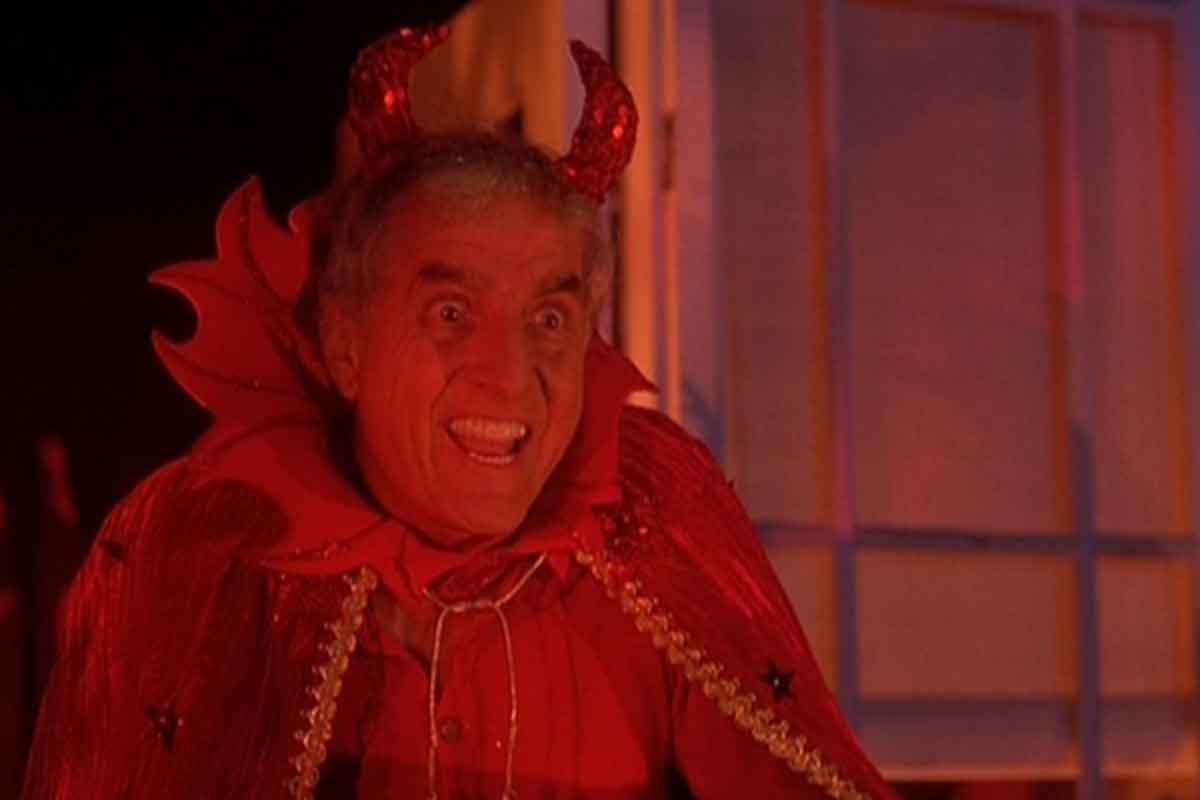 It's a chocolate covered finger of a man named Clark, to be precise.

What does each sister ride on at the end of the movie after some children steal their original brooms? 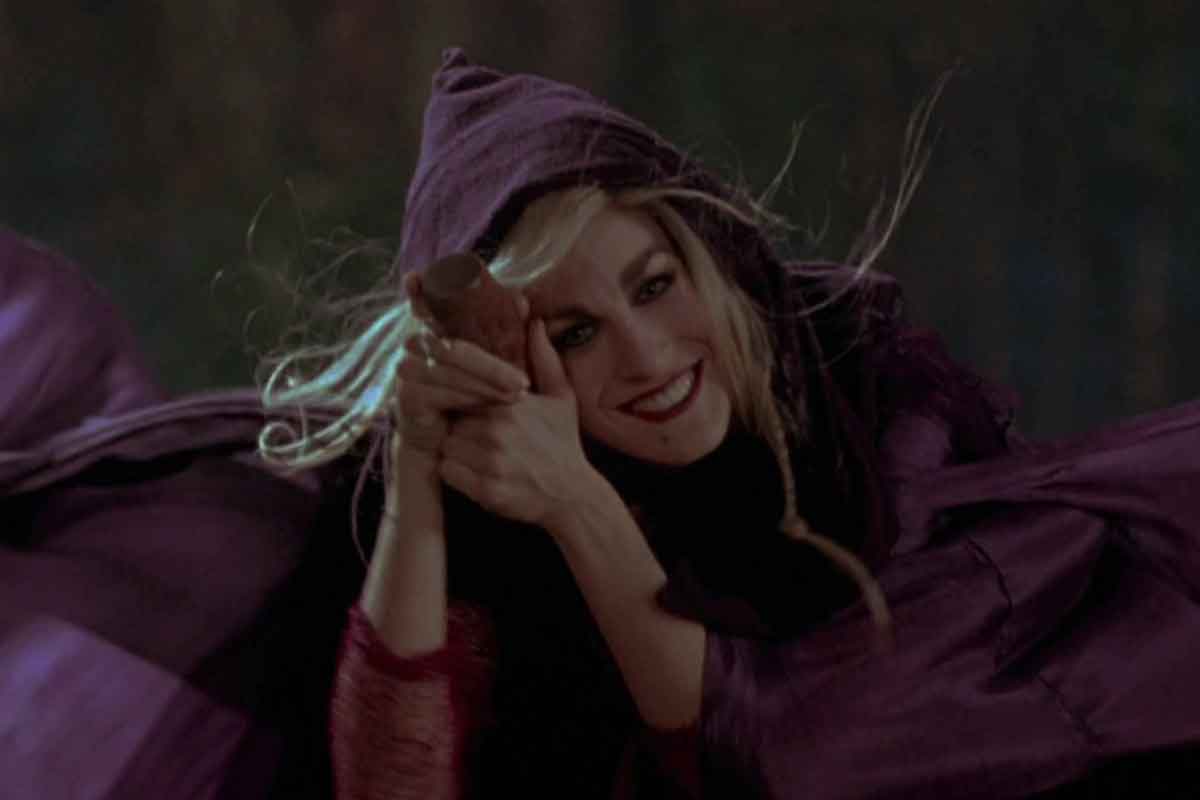 I mean, Sarah really rides that mop when she sings her song... Really... Rides it.

It’s pretty clear the movie is obsessed with virgins. How many times is the word “virgin” said throughout the movie? 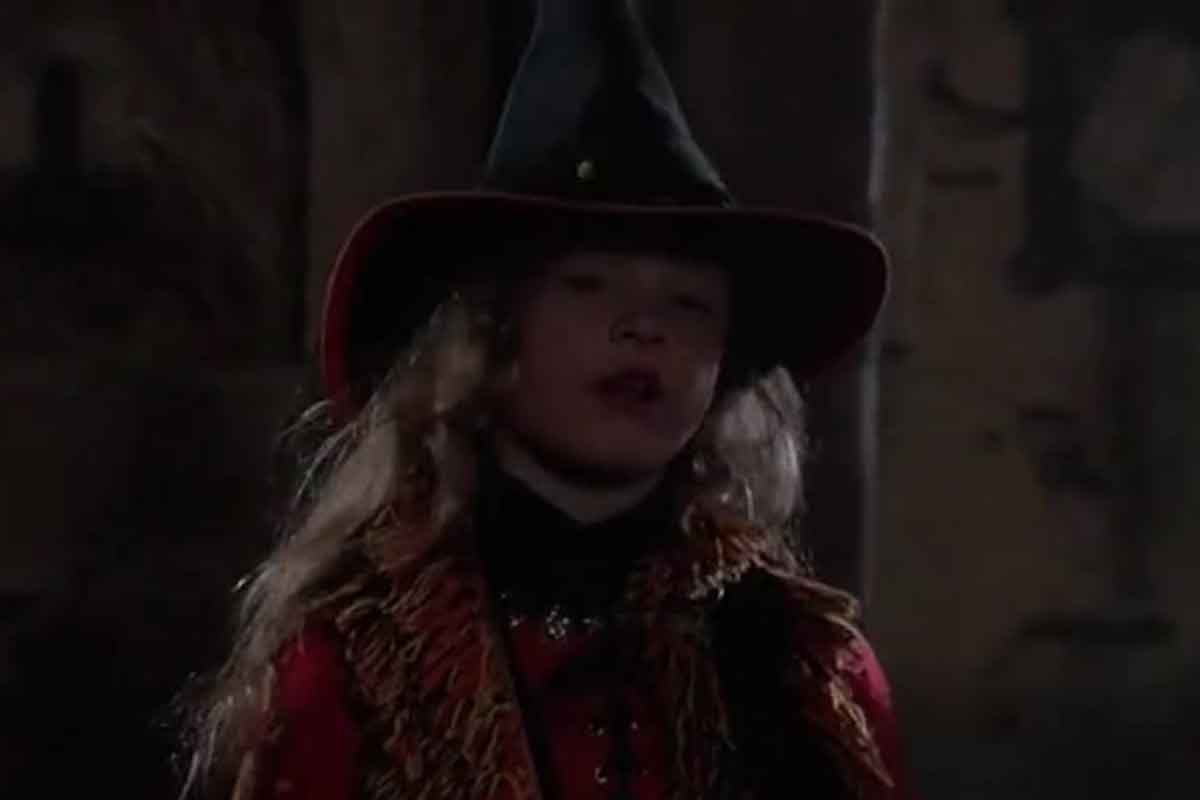 Yeah. The most shocking thing is that Dani seems to know what a virgin is at the age of 8.

What is the toll that ICE and his friends are collecting? 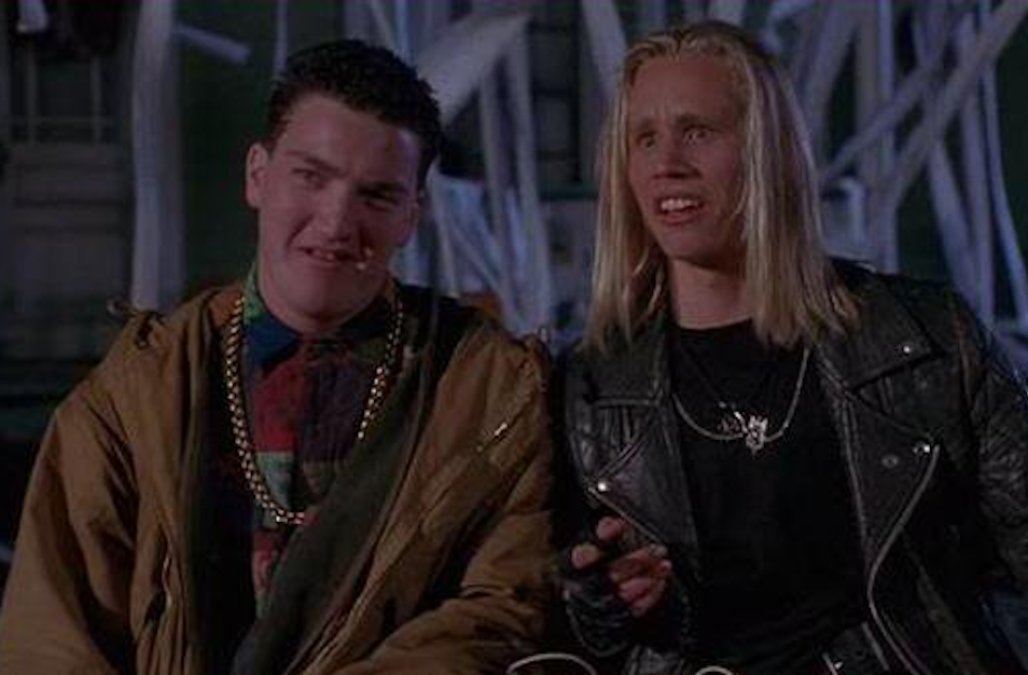 Everyone pays the toll. Ten chocolate bars, no licorice. Dump out your sack. Seriously, send some chocolate bars my way if you have them.a

How well do you know Hocus Pocus?
You need to watch Hocus Pocus again...

You clearly need to watch Hocus Pocus again or pay closer attention to details in the movie. Either way, you need to do better.

You did OK, I guess... at least if you don't mind not really doing great. Better luck next time.

You think you're hot shit cuz you know Hocus Pocus. I know it well too, and it didn't get me very far in life. Congratulations random person! You DID IT!

You know Hocus Pocus reasonably well, but you're not a completely lacking in a life (like me) for knowing it all. So yay!

You can find the answer to at least one question on this quiz in a post all about random facts about Hocus Pocus here.

Check out these articles on your favorite (or least favorite) family Halloween movie:

Interested in more about the movie? Here are some answers to common questions about Hocus Pocus.

What is Hocus Pocus streaming on?

You can stream it, at least during the fall, on Disney+. You can also rent or buy digital copies from places like GooglePlay, Amazon Prime Video, and so on. And in the fall, you can typically find a DVD copy at your local Target or other box stores.

Who made Hocus Pocus?

If you are not a true fan of Hocus Pocus, you may be surprised to learn Disney released the movie to theaters in July 16, 1993. It has since become a cult following and released to VHS, DVD, and streaming services.

Well, it’s really happening, at least according to IMDb. The release date is not set, but it is apparently coming straight to Disney+. It also is supposed to feature some of the original cast, which should excite young and old fans.

Why is Hocus Pocus so popular?

The 90s family Halloween movie has a cult following. It is campy. It is generally appropriate for young kids through adult fans.

There’s a lot of messed up shit going on in the movie.

In short, it is so popular because it is good in its crappiness. Compared to a movie like Spooky Buddies, which was just all around bad, Hocus Pocus is the right kind of bad.