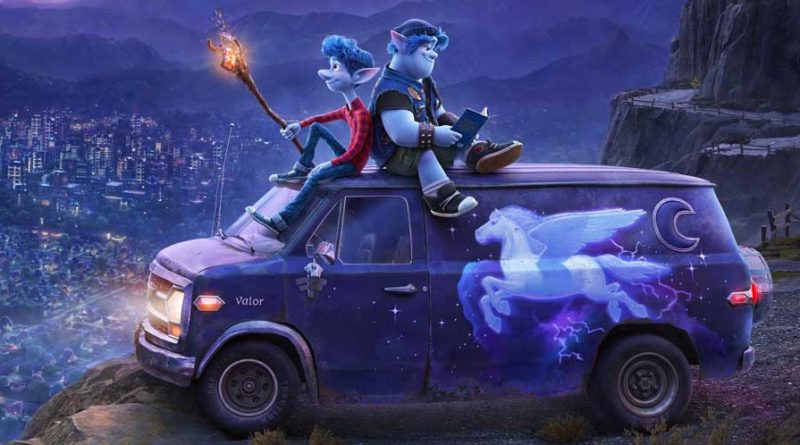 Who doesn’t want to watch a G rated buddy road trip movie that’s too old for young kids and too young for adults? Keep reading for an honest, trying-too-hard-to-be-funny review of Pixar’s Onward.

Elf brothers Ian, who is pretty much Tom Holland’s Spider-Man just with weaker magical powers, and Barley, pretty much Chris Pratt’s Star Lord minus his gadgets, discover a spell to bring back their long dead father.

No, that’s not a spoiler. You literally learn all of this just by watching the trailers.

But the spell goes wrong and only the bottom half of their dad comes back. Still not a spoiler, really, it’s all in the previews.

And now, they need to go on an epic quest/adventure/roadtrip/whatever to find an ancient relic that will bring the rest of their dad back.

But they only have one shot (24 hours to be precise).

One opportunity (for reasons unknown, the spell only works once).

This is everything Ian has ever wanted (kid literally makes the lamest list of shit to do with his dad).

Will they make it (the relic is pretty rare and far away)?

Or just let it slip (will their brotherly bond be tested to the point where the quest almost fails? You bet!)?

Really the only thing shocking about Onward is why Pixar decided to make this movie in the first place? Seriously. The movie has more emotional baggage to deal with than a person left at the alter. Twice.

Movie description: When two brothers find a way to bring back their long deceased father, something goes wrong. They now have 24 hours to find a rare relic that can help them spend only a few hours with their dad before they have to say goodbye forever.

True to form, Pixar’s Onward is an emotionally heavy trip that is really too deep for kids and too predictable for adults. Trust me. You have seen Onward even if you have not yet watched the latest Disney Plus offering.

Onward utilizes every buddy road trip comedy trope you can imagine. And since that’s not enough for the sadomasochists over at Pixar, they had to add the emotionally draining edge of “what would you do if you had just one last day with a loved one? And every minute wasted is one less you get to spend with them.”

Way to lay it on thick Pixar.

You can expect Disney movies to have tragedy in them that often defines the plot. But this felt different. If you think too hard about the movie, imagine the heartache knowing that each delay in their trip, instead of being funny and lighthearted, means one less minute or hour with their beloved father? A father that Barley only knew as a toddler and Ian never actually met.

That’s some messed up shit right there.

It’s best not to think too much about the plot. It just might depress you.

If you take it as a (mostly) fun ride, it’s not a bad movie. I have definitely seen worse. Much, much worse.

Uses every trope you can imagine for a road trip movie

Overall depressing premise that tries to be uplifting