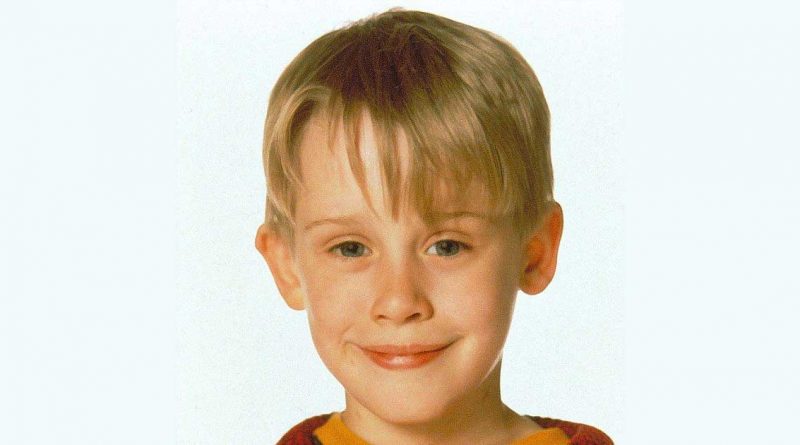 In case you missed it, Disney announced a while back their plans to reboot the original Home Alone 1 as part of their Disney+ streaming services. To which I ask: how the hell is that going to work?

Let’s face it, Home Alone 1 is a Christmas classic. Our family watches it at least half a dozen times throughout the year: Christmas, Christmas in July, when it randomly comes on TV, and so on.

Believe me, our family has spent many hours discussing the issues of the same situation happening in today’s world. Yes, we are that pathetic.

Before you start to rationalize that a fresh take on the plot could be good, I ask you, do you remember the steaming piles of dog crap that Home Alone 3, 4, and 5 were? Hell, did you even know a number 5 existed?

No? It’s because they were terrible. So terrible in fact that the studio should have to pay retribution to any person who wasted any amount of their life watching them.

In the time period it was set, Home Alone sorta, maybe, kinda was plausible. A rushed, neglectful (seriously neglectful) family “forgets” (wink wink) their one pain in the ass son. (Helicopter parents and sanctimommies weren’t a thing back then, but the premise seems pretty unlikely even by 90’s standards.)

So, here are the top reasons why a modern day reboot won’t work.

One of the latest cell phones released (the year prior in 1989) looked like this monstrosity.

No texting. No data. And though Kevin’s dad may have had one for work, it is not likely he would have had more than one.

By contrast, today, many families provide phones for their kids. For some, it is for safety. For others its convenience. While for some, their kid rules their house.

Regardless of the reason, it is far more likely today that Kevin would have had the ability to text someone when he woke up.

And, within minutes of Kevin’s mom realizing (like 6 hours later, she really is the worst) she’d left her son at home, she could have texted him or several of her friends in the area.

You know the ones. They were all out “shopping” when they called from now non-existent pay phones. But with cell phones, problem solved. I mean, Kate is still pretty much the worst mom ever, but at least she could get help for her son.

Then, there is the later scene in the movie. Kevin just zip lined from the attic window to his tree house. He then taunts the Wet Bandits by saying “I’m calling the cops!” In 1990, only an idiot would believe he would call the cops from a tree house.

Marv and Harry have a brief argument about what to do next. Marv argues, “but he’s gonna call the cops!” To which Harry scoffs, “From a tree house?”

Yes, Harry, from a tree house. For all you know the kid could have videoed the whole damn thing. Or maybe shared a status update on any number of platforms.

Though it may be hard for some youngsters to believe, social media did not exist in the 90s. People actually had to hang out face to face, write letters, go to reunions, and socialize without sharing every moment with a social following. You know, all the crap introverts dread, like going to the dentist.

If Home Alone 1 was set in today’s world, Kevin would almost certainly be active on social media. He’d likely post pictures or statuses of himself hanging out at home because, you know, he made his “family disappear.”

Another problem with a modern day retelling of Home Alone involves overly concerned citizens. You can do a lot of crazy things these days and no one looks twice.

But leave your kid in the car to return a shopping cart for less than a minute? Or let your kids play outside by themselves? Some concerned citizen is calling the cops on your ass.

So could you imagine the reaction to someone leaving their kid when they went to another country? The police would have the McCallisters extradited before they left the plane.

Part of how Home Alone‘s plot moved forward involved inept officers barely taking note of a parent leaving a child home alone. After an exhausting phone call, one lone officer checked the house, found it locked, and moved on. That’s some super sleuth work right there.

The police show up two other times after that. Once when an officer chases Kevin for shop lifting. And once when they arrested the Wet Bandits at the neighbor’s home.

Then there is Old Man Marley the lovable old man that definitely doesn’t kill random people and bury them in his basement. At the end, when he rescues Kevin, how does he not even blink an eye at the fact that:

And finally, social keyboard warriors would make sure to judge the McCallisters for being neglectful pieces of crap. After all, you’re not really guilty until a group of unknown peers harshly judges your situation after reading all the “facts” on their preferred social media outlet.

Home Alone makes a semi-plausible – if still unrealistic – reason they could make it halfway to Europe before they noticed a missing kid. Mainly, they had to scramble to get ready and get to the airport.

For some reason, 15 excited, possibly anxious, people managed to oversleep. Maybe they all took ambien to calm their nerves or maybe they were all in a pizza induced comma after consuming 10 pizzas between the lot of them.

The given reason, of course, is a wind storm knocked out power and turned off all the alarms (again, cell phones would have solved this) and they all oversleep. As they are finally loading into the vans, there is only 45 minutes before their flight leaves.

If the same situation was used in today’s world, they might as well call their airline and get on the next flight. Or, Uncle Frank would have to point out “there’s no way we’re going to make this flight, it leaves in 3 hours.”

In that 3 hours, the family would have plenty of time to collect themselves and recount heads as they went through security at O’Hare. The plot would need to determine a new, compelling reason why no one missed Kevin… unless, of course, their goal all along was to leave him in the first place… “Oh yes officer, we ‘forgot’ him….”

So there you have it – five not so compelling reasons Home Alone 1 would make little to no sense in today’s world. Still, as a family friendly, somewhat dated film goes, it is well worth the watch. At this point, let’s just hope when Disney reboots the original Home Alone it will not be as terrible as The Grinch in 2017.

But if you haven’t seen Home Alone 1 or any of its sequels in a while, you can watch them all now on Disney Plus. Along with a whole load of classics and garbage you haven’t watched in a long time.

There is one more area of concern I have that confuses the hell out of me: the amount of pizza they ordered. Mainly, why did they need that much pizza? Especially since they were likely going to be gone at least a week. You think milk goes bad, try two week old pizza Kate.

Grant it, I am sure Buzz could probably pack away an entire pizza. But 4 to 5 slices for every one else is a bit high. This is especially true when you consider there are some younger children and other people who probably don’t want to or can’t eat that much pizza.

Finally, there is the issue of why did they order such a small number of plain pizzas? It shows they are not only neglectful, but stupid.

Call me crazy, but when ordering pizza for a large group, I tend to order mainly plain with maybe one or two sausage, mushroom, or pepperoni. Or I take orders so I know which kinds to get.

Are they rebooting Home Alone on Disney+?

Since every sequel after the original Home Alone became an increasingly large steaming pile of shit, yes, they are planning to do a reboot of Home Alone to play on Disney+. I have zero hope this movie will actually be any good. None what so ever. But it should be good fun to review.

Stay up to date with the latest

Yeah, I really don’t send out many mailers… so there is really no risk to signing up. In fact, when I do send out a mailer, it will be so long since you signed up, you’ll probably wonder what in the hell spam calls itself Movie Time Dad…