Star Wars: The Last Jedi has become the most controversial Star Wars film to date. The Last Jedi effectively split the fan-base between fans who loved it and fans who hated it. Meanwhile, those who just thought it was ‘meh, are overshadowed in the online blood feud. And frankly, The Last Jedi was at best, ‘meh and at worst, did a disservice to the previous story lines set up in the Skywalker Saga so far.

The Rebels Resistance is on the run from the evil Empire First Order. They flee their “secret base” only to discover that the First Order has developed the technology to track them through hyperspace.

With imaginary fuel in what should be renewable energy space crafts running low, the Resistance leads the First Order on a slow speed chase through space. The “dire” situation forces Poe, Finn, and his new BFF Rose to mount a daring, though largely pointless, mission to find a master code breaker who could disable the tracker for long enough for the nearly crippled fleet to escape.

Meanwhile, Rey fights with a beaten down Luke Skywalker to train her in the ways of the Jedi. Only if she completes her day and a half of training can she stand a chance against the forces of Kylo Ren, Snoke, and the First Order.

Will Finn and his new BFF Rose make it in time? Will Rey learn the ways of the Jedi? Will the Resistance prevail? The answers: Kinda. No. Not really, I can’t say it was a victory at the end there.

Star Wars: The Last Jedi – What parents need to know

If you have never watched a Star Wars movie before, The Last Jedi is not the one to start with. It’s literally in the middle of the third trilogy in the Saga of nine total films. You’ll be lost and pretty much need your mommy juice, ear buds, or both to get through it.

If you hate Star Wars, the same applies. Bring booze and ear buds to the family movie night. You will not like the next couple of hours of your life.

If you love Star Wars, then it will be a fun time seeing if you:

Sadly, there is no other way. You’re not allowed, according to most online fan groups, to only think it was alright. You must vehemently attack others that don’t believe as you do. This is the way.

Movie description: Star Wars: The Last Jedi has become the most controversial Star Wars film to date. The Last Jedi effectively split the fan-base between fans who loved it and fans who hated it. Meanwhile, those who just thought it was 'meh, are overshadowed in the online blood feud. And frankly, The Last Jedi was at best, 'meh and at worst, did a disservice to the previous story lines set up in the Skywalker Saga so far.

As I did with the Force Awakens, I watched The Last Jedi with an open mind. Maybe it would be better than it’s predecessor that basically just rebooted A New Hope. My initial thought was it was not that bad of a movie.

But then I re-watched it again. And again. Then a few times more with my daughter, whose first introduction to the Star Wars universe is The Last Jedi. Sadly, rather than appreciating it more, I found it less and less appealing.

Sure, there is the crap that most people point out, including myself in an article I wrote over the summer, such as Leia floating though space, the rather pointless subplot, Luke’s character being out of whack, and so on. And there was the fact that the movie is basically a rehashed, watered down version of The Empire Strikes Back in reverse. But there just wasn’t much redeeming about the movie either to help me look past those things.

As I naturally do, trying to be a low budget film critic and all, I began to pick The Last Jedi apart. Mainly, I had trouble suspending disbelief about a lot of the film, including:

Its not to say the film didn’t have some highlights. I just can’t really think of many. Rey and Kylo’s light saber battle wasn’t bad. And Poe’s humor wasn’t necessarily bad, but it also highlighted part of the problem.

The First Order lacked a true sense of evil in The Last Jedi. General Hux is portrayed as a bumbling idiot with no real malice. Kylo Ren is an emo/goth kid who does not instill any sense of fear or dread. And Snoke just sort of dies off.

Gone are the Empire, Emperor, and Darth Vader, all of which invoked fear, loathing, and a general sense of darkness. You could empathize with the Rebels because you could feel the stakes were there. The Empire was evil so the Rebels had to win. You also could feel like the Rebels had a fighting shot.

By the end of The Last Jedi, the First Order has effectively snuffed out the known Resistance. The remaining 10 or so Resistance fighters can literally fit into the Millennium Falcon. Let’s face it. The First Order actually won. At least the Rebels still had several large and small spacecrafts left at the end of The Empire Strikes Back – enough to mount an offensive.

What does the Resistance have? Literally nothing.

Oh, that’s right. They have hope. Hope that maybe The Rise of Skywalker may redeem the last trilogy in the newly dubbed Skywalker Saga… that killed off Skywalker in the previous film.

And what the hell is up with Luke literally drinking blue milk straight from the tit of some animal? Did we really need to see that? It’s bad enough he is a recluse on a random planet. Did you have to show him milking a bizarre ass cow thing and drinking it fresh?

She didn’t do a bad job with what she had to work with. It’s not like Hayden Christensen’s wooden acting in Episode II. The boom mics had more personality in Episode II than he did.

Still, I’m not sure exactly what purpose the character Rose served, but I gather it was supposed to be to give Finn a reason to fight and to define for the audience what heroes are. All I have to say is: Thank you Rose. Now we all understand. Heroes good. They are not greedy. Bad guys are bad. They are greedy. Check. Got it Rose.

Still, even there were no major highlights, it’s not the worst movie I’ve ever sat through. I literally cringed at The Grinch and almost walked out of that one. The Last Jedi is just ‘meh. I won’t say it was great or even good, but I won’t say it was the worst Star Wars movie out there either. I actually really couldn’t stand Solo: A Star Wars movie, and of the main saga, I’d have to say Episode I is probably the worst.

But if you are going to watch The Last Jedi with the kids, just be prepared. You might want booze. And unless you are one of the people who blindly like Star Wars just because it is Star Wars, you’re probably going to need the booze to get through it. It’s really just about as bad as Episode I with its pod race, Jar Jar, and an eight year old kid hitting on a teenager.

Leia didn’t die on the bridge – not that I wanted her to die, but seriously? not a scratch on her? and she was able to return to the ship using the Force?

Rose and the subplot of pointlessness

lack of evil and sense of dread in First Order 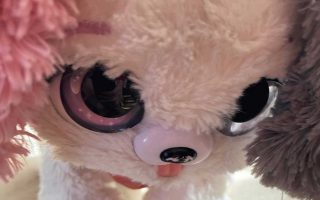