When Scott Calvin startles Santa into falling off his roof, the magic of Christmas forcefully recruits him to take the fat man’s place. This leaves many questions in place, like how many times has Santa died and does Charles really want his dad dead?

The Santa Clause: What parents need to know

The Santa Clause is not a terrible Christmas movie. Tim Allen was at the top of his manliness prime when it came out in the 90’s. And it’s refreshingly not totally saccharine like Noelle and Hallmark Christmas movies are.

But that doesn’t mean it won’t leave you with things to think about as a parent. As with other movies of the 90s, there were things in The Santa Clause that movies today would not include, such as:

The horror! How could I let my young, impressionable children watch such insanity? I’ve already caught my daughter sneaking booze, and my middle son cat calling women… so much for a fun family film.

But what is truly perturbing is a small, neglected detail of the film. Why does not one elf seem to give a crap about the fact that Scott Calvin inadvertently killed Santa? And what did they do with that Santa’s Mrs. Clause (a point explored, of course, in its sequel The Santa Clause 2: The Mrs. Clause)? (Read more speculation here.) 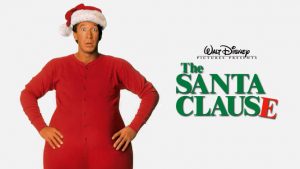 Movie description: When Scott Calvin startles Santa into falling off his roof, the magic of Christmas forcefully recruits him to take the fat man's place.

As family Christmas movies go, The Santa Clause is not that bad. At least the first go or two of it anyway. Its high point is adding to a new origin story, of sorts, for Santa to the genre.

It also mimics better story telling not often expected in a Christmas movie. You have Scott Calvin go through a definitive character arch. Largely from one stereotype working, divorcee to a stereotypical Santa. But, you know, there is still an arch there.

The story is also mostly amusing for an adult and seems to entertain children with the “fantasy” of how a new Santa is created. Never mind that the reason is incredibly morbid and completely ignored by elves everywhere. But I do still want to know why no one cared that the last Santa died?

My best theory still is that the elves hold a sort of silent, unspoken Santa Games – a jolly Yuletide tradition of seeing how long the next Santa can last before coming to an unfortunate demise. My guess is they record the deaths and have secret viewings of them. There is probably a whole underground gambling ring dedicated to taking bets on how long the Santa can last and how he will die…

And then there are parts in The Santa Clause that are so cheesy they are instant classics for just how stupid they are. For example, later in the movie when Scott is arrested, the elves deploy – ready for this – E. L. F. S. (otherwise known as Effective Liberating Flight Squad) – to save Santa. I can’t make that crap up, but apparently Leo Benvenuti and Steve Rudnick, the movie’s writers, can. They are famous for saying that, “We’re your worst nightmare. Elves. With attitude.”

Hell, I hope that was supposed to be funny, because it definitely was.

Guess that’s why they write movies and I just watch them, over think them, and then write half-assed reviews on them. Seriously though, The Santa Clause takes a good detour from Christmas movies that you can find on Hallmark, is not another adaptation of The Grinch, is worlds above movies like Santa Buddies, and is not a claymation special.

Chances are also good that if your child believes in Santa Clause, they will find the fantasy element engaging. Though you could mostly guess the plot from the title alone and it pulls literally zero curve balls, it still is a mostly entertaining Christmas movie with some adult oriented humor to keep the parents happy-ish.

Tim Allen has a decent, dry sense of humor

Some genuinely funny parts, even if they are not intentionally funny

Kids seem to get caught in fantasy element

Re-watching it time and time again is not as enjoyable

If you are a sensitive person to having your precious child exposed to mild sexuality, drug references, and drinking, you probably should avoid The Santa Clause 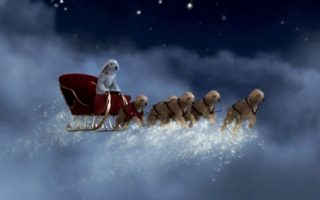